Imagine if brands could create a relationship with their target audience comparable to the loyalty baseball fans have to their team. This is possible, and the first step involves standing out from the crowd.

People are faced with a lot of choices, sometimes hundreds, when choosing a product or service. In order to make people choose your brand, tell its story. Share the history, provide information about the people on your team, show what has been accomplished in the past and plans for the future. This makes a brand more personal and often leads to stronger emotional connections with consumers.

In a TedTalk by Pixar filmmaker Andrew Stanton, he states that stories allow us to experience similarities between ourselves and others.

People tend to gravitate toward things they can relate to, so tell a story that is widely relevant.

Brands like GoPro and Airbnb focus on highlighting what their users will gain. Airbnb doesn’t just rent rooms; they tell stories of their hosts and renters traveling across the globe. GoPro doesn’t just sell cameras; they paint pictures of how their product can enhance the user’s next adventure.

Telling stories and focusing on user-centered experiences are just a few ways to make a brand more unique. Good stories are a great way to create brand loyalty and emotional connections with consumers. 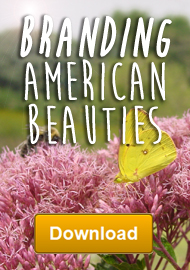