Garden Brands and Businesses Can Grow on Tumblr 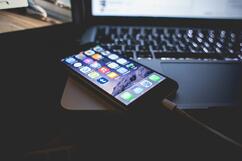 Have you heard about tumblr?

While it may seem like a new form of social media for many businesses, the website has been sharing photos since 2007.

This platform has been on the rise recently with consumers, and businesses are starting to use it to their advantage.

Continue reading to learn more about this up and coming social media platform.

Who is using tumblr?

Tumblr began as the antithesis for the all-too-common 600 word blog post. It was an outlet for users to  "micro-blog" or post short pieces of content and photos as frequently as they liked.

Today, users still micro-blog by customizing and sharing anything from text and photos to links, music and videos.

Many are unaware of how popular the platform truly is, but in a research report conducted by Mashable,  statistics prove otherwise. Between June 2010 and June 2011, many notable social sites saw an increase of overall users. Facebook rose by 14 percent, Twitter by 31 percent and LinkedIn by 63 percent. Tumblr rose at an astounding 218 percent.

The millennial generation dominates this site as the main users and flocks flocks to the site are for the “reblog” and customization options.

Reblogging lets users repost other people's content they like, allowing them to curate and customize their on blog based on interests and lifestyle.

Creativity truly comes alive for many users through their tumblr, which is one of the biggest reasons why they have remained loyal to the social media platform.

When used correctly, tumblr has the potential to be a powerful content marketing tool.

The site gives businesses the capability to combine all of their different web content in one space. Everything from text, videos and pictures can all be incorporated into a businesses’ single tumblr page.

Another strength that tumblr holds over many other social media platforms is the lifespan of the content. Due to the sites ability to repost and republish, older content will remain on users' feeds. This has shown as an impact on traffic for businesses website.

How can businesses use tumblr to their advantage?

With the capability to reach over 238 million millennial bloggers, companies have found that tumblr offers more freedom and branding potential.

Starbucks features photographs of their coffee shops around the world. Hulu puts gifs on their blog that are from some of the funnier TV shows they stream. Taylor Swift uses tumblr to engage with her very targeted audience and reposts fan content as well. One of her recent posts even got Apple to change their music payment policy.

Businesses interested in creating a tumblr should pay close attention to their page theme. There is a default theme for new blogs, so changing from the main theme can help align a company’s brand with its tumblr page as well as show off their personality.

Reblogging relevant content is key. A great feature that tumblr has is a “queue,” which gives users the option to publish something at a desired time. This is incredibly beneficial for businesses because popular viewing times for posts is often after hours or on weekends.

Finally, businesses need to curate the best content tumblr users will want to share. This will take a brands page far in the tumblr community. Photography is the most popular among users. Informational and humor posts do great as well.

Read our e-Book and find out how millennials are looking at companies. 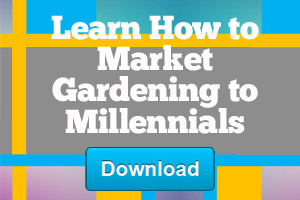