What PR Professionals Can Learn From Will Smith Each year, the MTV Generation Award is given to an actor or actress whose timeless work is representative of an entire generation. Previous winners range from comedian Adam Sandler to America’s sweetheart Reese Witherspoon.

This year Will Smith was honored with the award because of his incredible career as musician, sitcom superstar and Oscar-nominated actor. Smith has succeeded in almost every aspect of the entertainment industry.

So, while PR professionals might not be billion-dollar superstars like Will Smith, their careers definitely have a few things in common.

Read more to discover what you can learn from Will Smith and his diverse career.

Almost 30 years ago, Will Smith started his career as a musician at just 17–years-old. He rose to stardom after his role on the popular television series The Fresh Prince of Bel-Air. Today, Smith has starred in more than a dozen blockbuster films and has generated close to $3 billion in box office revenues.

The key to this success is adaptability. Just like Smith, the best PR professionals aren’t just willing to adapt to challenges, they seek them out. With so many different aspects of public relations, the field offers countless new opportunities. Instead of sticking to one path, challenge yourself to succeed at something new.

Even if you don’t change career paths like Smith throughout your life, day-to-day work as a PR professional still requires adaptability. From writing press releases, maintaining relationships with media, and staying up to date on current events and trends, today’s PR professional must have a wide skill set.

It’s important to be flexible and always willing to learn.

It’s All Who You Know Will Smith began his rap career with his friend DJ Jazzy Jeff, who was later featured on The Fresh Prince of Bel-Air. Actress Queen Latifah had one of her first roles on the sitcom, and 25-years- later she is still thanking Smith for the opportunity he gave her.

Success is almost impossible to achieve on your own. While skill and talent are extremely important, they won’t get you very far if you don’t build strong relationships.

Early in your career, building relationships can help you land your dream job in the future. However, when you finally get this dream job, it is important to remember the people who helped you get there. Maintain relationships with them – and don’t forget to help others achieve success as well! You never know where these relationships will take you.

Will Smith’s adaptability, talent and humility have helped him become one of the biggest stars in Hollywood. By following in his footsteps, you can have an equally diverse career and be the biggest star in the PR world.

Download our 2016 Garden Trends Report to learn more ways you can successfully adapt to the industry. 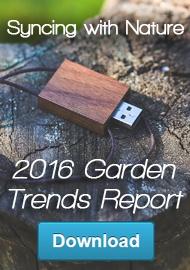