Facebook has been the dominant social media site since 2005.

For eight years, Facebook has crushed any other social media platform in size, daily usage, and reach.

But, we all know even gold can tarnish. Facebook Fatigue is officially setting in. People are just getting worn-out with Facebook.

Find out all the details of Facebook Fatigue below, and learn how your small business should react accordingly!

Facebook began in a small dorm room at Harvard, created by a college-kid in a hoodie. College students flocked to the social media site, which was sleek, easy to use, and provided everything you'd ever want to know about a new person (likes, dislikes, music, movies, EVERYTHING).

Facebook used to be a site for the younger generation, but now, even grandmas have Facebook! The average user age is hovering around 40, 39 to be exact. It's simply not as 'cool' as it once was. Now, the ever-sought-after 18-29 bracket has moved to Twitter and make up 31% of Twitter users!

Facebook users are dropping like flies! Though, they typically aren't closing their accounts for good. Instead, 61% users are taking a break from the social site for a few weeks at a time. Again, the 18-29 year olds are the ones changing their ways; 42% say they spend less time on Facebook than they did last year.

Reasoning for a Facebook vacation varies, but people have commented:

Right now, Facebook is implementing their biggest cosmetic and functional makeover since 2006, shortly after the site launched. Now that over a billion users are on Facebook, it doesn't have that new, shiny draw that it used to.

Mark Zuckerberg is hoping that transforming the site will hook those who have taken a leave. Facebook is hoping to turn the social media mogul into a "personalized newspaper" or "a well curated magazine."

A few changes have already been rolled out, but for a list of the BIGGER changes (and how your business should react) travel here.

Time will only tell if this makeover and change is enough to keep users of all ages interested.

At this point, your business should be carefully monitoring your Facebook analytics--and travelling to Twitter. If your engagement is lowering on your garden business's Facebook page, then lessen the amount of time you're spending monitoring and managing the site.

If you haven't started a Twitter account, get moving to catch the younger crowd. Plus, the Vine app is integrated into Twitter, so you can take advantages of super-easy video creation. Focus on the future trends!

Let's face it: Facebook isn't totally left in the dust--yet. For the short-term, Facebook is still in, but the cool kids are moving on! Once this migration happens, it's only so long before the rest of Facebook's users follow them.

Facebook's role in our public relations media plan will probably be short-lived. Within the next year, Facebook may officially not be worth our time.

Garden Media is always in the know with  public relations trends! Read on to discover more telling tips for growing your garden business below! 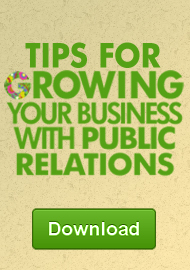 Thanks to DRadio Wissen for the snazzy Facebook Fatique photo! 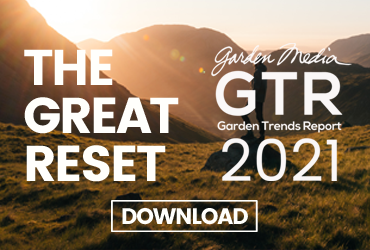