Facebook may have reached its peak. 71% of US adults are already on Facebook, according to the latest Pew Research.

With the majority of adults on Facebook, it's lost its cool factor. Plus, the average age of Facebook users continues to mature.

Specifically, users have grown tired of the 'oversharing' phenomenon that continually hijacks newsfeeds.

This is the top aspect of Facebook that users complain about, but people also are no longer keen on information being shared about them they didn't OK, the temptation and pressure to share and flaunt about yourself, and the pressure to get more likes and comments.

Consequently, Facebook users are no longer posting as much about themselves. Instead, they're doing more liking. 44% of users interact with others' content while only 10% share a personal photo or status daily. 80% of Facebook's users are expected to leave by 2017, according to Princeton research.

Right now, the daily time spent on Facebook is still significant, and 64% of users check in daily.

The shift from Facebook to other social media platforms is happening, and it's starting with younger generations. Teens are now opting for Instagram and Snapchat, both of which Facebook owns.

What Your Garden Business Should Do Now Keep Movin' with the Times! Learn How to Work Pinterest Instead! 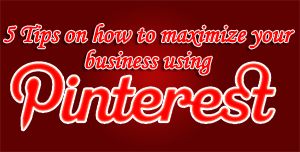