Launching a product is about far more than simply getting your garden product on to the shelves.

The process is, instead, about building buzz when it comes to your new product.

During year one, focus on trade and key influencers.

Now that the ball is rolling, keep capitalizing! This time though align your attention to more consumer media, a digital presence, and become a leader in trade shows this year.

Below are Garden Media's insider tips on how to succeed during Year Two of a product launch. Implement these tips from Rescue©'s Stink Bug Trap launch, and you'll have individuals asking for your product by name in a snap!

Last year, your garden business was trying to get attention any way you could. If someone mentioned your product, it was a major success! After all, you were the new kid on the shelf!

But this year, you should no longer  cater to others' timelines. You need to take a hard look at your timeline from last year and determine the times of the year that were most successful for your product.

Especially in the gardening and home world, timing is everything.

As you have probably learned, the best way to get people talking about your product is to let them use your product.

The sample program cannot stop in year one. Why? Because those key influencers still have power. This year, target a different crop of consumer magazines. Follow the same steps that we talked about here, but early adopters and early majority are also in play now.

Do the Digital Dance It's hard to juggle traditional public relations and social media--especially during the first,hectic year.

Set up appointments for videos to be made and photoshoots galore this year! Your brand's face, image, and unique brand persona needs to begin to jump off the page.

Plus, by utilizing visually driven media, you'll have a great clip to pass along to bloggers, share on social media, and give a sneak peak to nationwide television shows.

Stop by next Wednesday to learn how to maintain momentum during year three of launching a product people ask for by name!

Read Garden Media's RESCUE® Case Study to Learn More About How to Launch A Product People Will Ask for By Name! 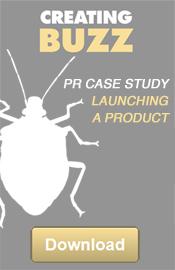 A special thank ya to Fowler Project Space for the bright "Year Two" image.