All the elements for your public relations campaign are now in line: goals, objectives, key media, and target audience.

Your campaign has rolled out across a multitude of media outlets--and audiences are craving more.

Now that you have an action and media plan in line as well as a few media hits, you need to focus on maintaining momentum.

Your garden company cannot blast the same message in the same way year after year. To keep it interesting, add a new twist to your campaign each year.

Let's look at our PR Campaign Case Study on Costa Farms' O2 for You to illustrate the art of shifting the tactics each year while furthering your campaign's goals.

Year One: O2 for You is Born The first year we focused on introducing our campaign to the world by using some "inventive tactics" to get the results we were looking for.

To introduce the program and build credibility we partnered with key nonprofit organizations that generated media attention and helped lay the foundation.

We took on NYC morning talk shows--guerrilla style! Respective members flooded all the talk shows with O2 for You signs, peace lilies and off the chart enthusiasm. The video produced from the launch event won a national award.

After the launch and the media hype, we were able to book a houseplant segment on the Today Show.

Also during Year 1 we implemented our "From One Mother to Another" program. In NYC and Philadelphia we delivered hundreds of peace lilies to new mothers in area hospitals --and in turn spread the knowledge of the health benefits of plants. That's just what we did the next year. We received so much press and positive feedback with our hospital tours that we had to expand the program into Year 2.

We traveled to Chicago and Boston, however this time we didn't just target hospitals: we added senior centers and key neighborhoods.

This move allowed us to keep the momentum moving in new markets. We found a tactic that worked, so we just had to rinse and repeat!

Year Three: Now That We've Got Your Attention... We now had some name recognition - people knew O2 for You: Houseplants with a Purpose.  We decided to put more emphasis on education. Our new strategy was to push that "houseplants are more than just a pretty face".

In Year Three, we moved into elementary schools to educate the youth. Simultaneously, we partnered with the Green Education Foundation to create an Adopt-a-Plant program in conjunction with Lowes. We used our previous connections and media attention to leverage this new message. 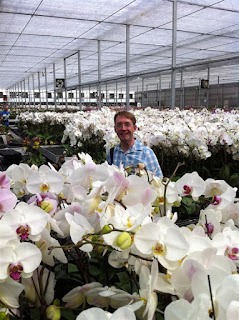 We had the attention of the national media. We now shifted our focus to the digital realm and social media.

In Year Four, Costa Farms sponsored its first Social Summit, which was a smashing success. The key bloggers were eager to hear about the benefits of houseplants in the O2 for You learning center we created.

However, we also innovated our education program. Inspired, we created a partnership with colleges to promote "A Plant for Every Dorm Room."

To keep media attention year-round, we partnered with National Indoor Plant Week in September and will continue that initiative in Year 6.

All in all, you can see how we developed our key messages and tactics--and then expanded and innovated them year after year.

It's been five years since Costa Farms' debut of 02 for You, yet it still gains major media attention--and even has its own website!

Craving More? Download the Exclusive 02 for You Public Relations Campaign Case Study Below! 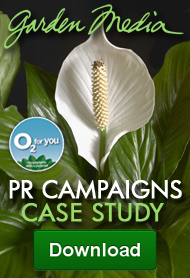 Snaps to Ed Rusha for the Year after Year image!