Stop motion videos have always been a favorite of mine mainly because they're eye-catching. Once you start watching, you get sucked right in! However, I never made a stop motion video because frankly, they take tons of time--or so I presumed.

Yet, Vine is the perfect avenue for stop motion videos because they're only six seconds. Plus, Vine lets you piece together segments of video really easily.

Creating a stop-motion video on Vine shows off your garden brand's humor and creativity.

Public relations is all about story telling. People will forever be drawn to enticing tales. Vine just gives you another avenue to speak your story. On Vine, you know that you're going to get your audience to watch the entire video--because come on, it's six seconds.

When crafting a narrative, have a simple story board and goal. Who's story are you trying to tell? What do you want audiences to take away from it?

Manipulating genres is a great way to catch your audience's attention.

With this book beetle Vine, Chris Donlon created an entire series on Vine, which is a fantastic tactic to keep your audience's attention week after week.

Vine is truly just an extension of social media. While Vine is fantastic for promoting your business's products and style, you need to give your fans a way to partake in the fun too!

Open up an avenue for your fans to get involved. To ensure your fans will participate, it always helps to entice them with free products. With this video, ASOS has gotten hundreds of video responses from happy customers!

Think about ways your fans use your products. What's an interesting way for them to tell their story? What visuals are most striking about your garden product? When are your users the most emotionally invested?

There's no secret formula for creating a successful Vine video; instead, the magic comes from a group brainstorm where you address the above questions.

While our other tips hone in on content, the next two focus on how you create your video. Most marketers who create Vine videos for their garden business are not expert film makers.

Yet, the beauty of Vine is that you can look like you know what you're doing with a camera. The perspective of Vine videos can get a bit dull. Ian Padgham crafts amazing unique Vines, like the one above!

Provide a DIY camera angle by focusing in on your subject while traveling 360 degrees around them. Just stick a piece of invisable tape onto your smart phone, draw a black dot where your subject will appear, and be amazed at the video you just created!

Looping creates a fluid, never-ending video, which is perfect if you want your viewers to watch your video more than once.

By starting your Vine with the same first and last video or image, you'll acheive an infinite video loop. Viewers won't be able to tell when they started-- and best of all, when they should stop.

Charlie Love's Vine featured above is impeccable, but if you use a tripod, you can acheive steady results too!

Cover All of the Social Media Bases by Brushing Up On Your Instagraming Skills with Our e-Book Below! 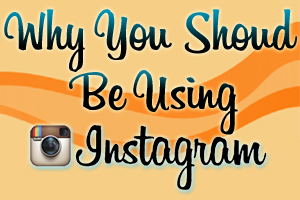 Thanks to Tastefully Offensive for a great, visual reminder of what not to do with Vine!