How To Climb This Vine

As a quick reminder, Vine is the newest, hottest way to create videos on iOS products.

Using your Apple product, download the Vine app. Then, log-in to Vine with your garden industry Twitter account. You then grow your Vine by simply pressing down on your iOS screen. You have six seconds of video to play with, but you can start and stop the video as many times as you like. As of now, you have to upload your video as soon as you're done. There's no save option--yet.

Once you're happy with your Vine, you can add a caption and location. Then, share your Vine with the world!

The average attention span in 2012 was 8 seconds. EIGHT SECONDS! That's how long you have to capture and excite your audience.

Now, Vine is a six second video, which means no one is going to close out of your video before they finish it--hopefully.

As attention spans get shorter and shorter, you and your team need to try new tricks to hook your audience. The hook is especially important when pitching the media. Journalists are insanely busy and receive more than 90 emails a day.

By using Vine to pitch your latest press release, you're essentially guranteed to have journalists attention for the video's entirety; plus, your pitch will be memorable. An out of the box pitch is just what you need to increase the chances your press release will get covered!

Micro-press releases via Twitter and Vine are becoming more and more popular; they may seem a bit daunting, but you'll get the hang of it in no time! Remember when we were intimidated by 140 characters? Now, it's a cinch!

Vine allows you to show, not tell, why your client is worthy of press coverage. Take a hard look at the story you're pitching out to the media. Visualize the images that jump out at you. A client showcasing their passion for their brand? A product how-to?

In every press relase you pen, you're telling a story. We always dream our press release will get media coverage in newspapers, magazines, and t.v. By taking the first step, you can show media relations that this release is visually appealing enough to translate to the screen. Stories are best told through images!

Vine should not replace a typical pitch or press release. Instead, use Vine to complete your pitch. Here's your chance to tweet at a journalist. Remember to lead with your best foot forward. Embed your Vine video at the beginning of your pitch.

Multi-media press releases catch the media's eye! Go ahead include photos, videos, Instagram photos, anything, and everything to make your press release jump right off the screen!

Discover How to Stay Ahead of the Curve with Our Trendy E-Book Below! 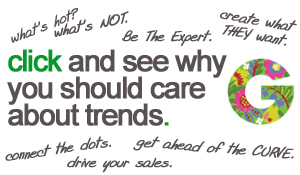