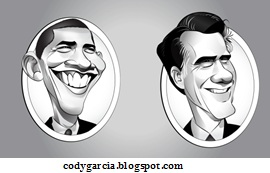 From Clint Eastwood’s now infamous chair speech to Bill Clinton’s awe-inspiring delivery, both parties’ conventions have been dominating the prime media spot for the past two weeks.

Now that’s some good PR...but mistakes have been made as well.

We, at Garden Media, know we can learn much from the blunders and triumphs of the most planned, carefully calculated events of the year.>

Below are the top four PR lessons learned from this year’s conventions:

The Democrats and Republicans alike have taught us to never manipulate facts or flat-out lie. Republican VP candidate, Paul Ryan, was called out numerous times during his primetime speech at the convention. And likewise at the Democratic convention, President Obama and VP Joe Biden have had every word and fact they touted similarly scrutinized. When the news covered their respective speeches, the focus was on their incorrect facts, not the core content of their speeches. With a seemingly endless supply of media outlets, the truth will be found out and made public. If the facts are wrong, credibility and trustworthiness go down! Lesson Learned: Check your facts again and again (and again)!

Politics can be a bit boring on occasion; a speech can be too dry or drag on for too long. But, there’s one surefire way to hold an audience’s attention. Speak from the heart. In a primetime television slot, Americans don’t want to feel like they’re being read to off a teleprompter; they want to feel the emotion and true passion of the candidates.  Viewers turn in to be inspired, not to hear a bedtime story. Lesson Learned: Share your passion; it’s contagious!

In 2008, Obama captured the youth vote by his heavy use of social media. As we already know in PR, you’ve got to keep up with the times! Yes, that means Twitter, Facebook, Skype, Pinterest and LinkedIn! Learn to love them! Social media provides listeners at home with a platform to express instantly express their thoughts; plus, we on the PR side get quantifiable numbers. Statweestics calculates the hottest hashtags, users, words, and locations of the day. It’s the easiest tool to use, costs nothing, and provides hard numbers fast. Lesson Learned: Milk that tweet; its payoff is sweet!

#4. Be Mindful of External Factors.

Even though these conventions are supposed to be one of the most planned, well-calculated events of the year, both faced big hiccups this year. The Democrats had to compete with MTV’s Video Music Awards while the Republicans battled tropical storm Isaac. Obama lost the fight for the nation’s eyes; the VMA’s got more tweets! While in Florida, Romney’s speech was postponed while thoughts drifted from the party’s policies to the surrounding states’ safety. No matter how earth-shattering a new policy idea is, it’s nearly impossible to rival a storm that’s presently shattering the earth. Know the risks! The VMA’s are the same time every year, and well, tropical storms aren’t something new for Florida. Lesson Learned: Take every possible factor into consideration.

Don't learn your lessons the hard way.  Let us help you create your lawn and garden pr strategy. Call us.