Garden Media trend spotters are constantly searching for the latest and greates garden trends- we search everything from fashion and food to outdoor living and landscape design.

Thanks to Cassandra Daily, I stumbled upon this hot new trend: Parklets. Parklets are defined as small plots of land that are converted into public recreation spaces.  They were first seen in San Francisco in 2005 when design agency Rebar transformed a parking space into a public park. Every year since, groups of people in cities around the world celebrate PARK(ing) Day by providing urban neighborhoods with temporary green space. But, lately, instead of waiting for the "holiday," cities and designers have been constructing mini pastoral retreats for year-round enjoyment. The program, which was created by students of the Transdisciplinary Design program at Parsons The New School, supplies individuals with lightweight DIY kits that include a chair, planter trellis, counter, light and screen. By attaching the easy-to-assemble materials onto metal beams, people can erect impromptu pedestrian rest stops and hangouts. The project organizers’ goal is to convert roughly 6,000 construction sites, which cover 189 miles of sidewalk, into beautiful, yet functional, public spaces! Tree Trolley: After noticing a disharmony in Milan’s lack of tree-shaded areas and its abundant traffic, Designer Matteo Cibic asked himself, “If you can pay to park your car in front of your house or office, why can’t you also pay to have a tree there?”

This prompted his idea for portable Tree Trolleys that could fill empty parking spots. Anyone could pay a small amount to have one rolled up outside their building, introducing greenery as well as amenities like charging stations, benches and WiFi. Aside from beautifying the surroundings, the concept mobile parks would reduce “electrosmog” by replacing multiple private hotspots with a single one dedicated to community meet-ups. Pavement to Parks: San Francisco’s Pavement to Parks initiative temporarily converts unused roadways and parking spaces into public plazas—an urban revitalization concept that’s already been well received in NYC. With around 25% of the city’s land consisting of public rights-of-way, each Pavement to Parks project quickly and inexpensively transforms the location on a trial basis, to be considered for permanent establishment after one year. The small urban parks include benches, bike racks, landscaping, and protective barriers that offer residents and tourists safe, comfortable outdoor sites in which to gather. Local architects have designed each of the 23 public parklets with a uniqueness that mirrors the artistry of the city.

To read more interesting ideas like this and to stay ahead of the trends, download our 2013 Trends Presentation. 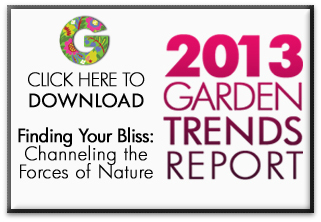