Social Media: The New EgoSystem Lets Us All Be Popular 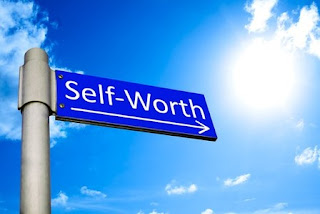 Trying to wrap our head around the social networking phenomena has been a challenge for most people. It's mind boggling how much people want to share about their personal lives.

But I've had several aha moments to shed some light on the subject from several sources. The first was from Kyle Lacey who said a dozen times in one day, "Social media is 90% narcissism."

It's enough to drive one to become obsessed! Or even possessed! 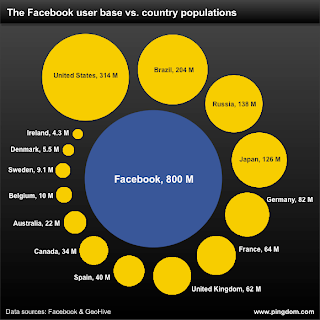 I must admit, when I first started "fishing for friends", I made it a game. I'd zero in on someone I liked and admired and then made it my goal to get more friends, followers or connections than they had. It became a social obsession and ate up a lot of time and energy.

But apparently, I'm not alone.

According to The New York Times Insights, 68% of the people who share do so to make themselves "look better"!

And then today I read two great blog posts by Brian Solis, a big name in content marketing and new media who has extensively studied the effects of emerging media on business, marketing, publishing, and culture. I'm pretty sure he coined the term "egosystem" several years ago, and I've probably been in the dark about it. 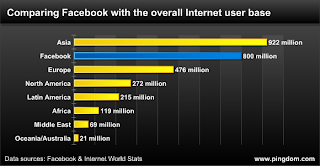 But I see the light now. Social media has opened up the floodgates and given everyone, from 5 year olds to grandmothers to revolutionaries, the ability to show off on a big stage and get lots of feedback. Or none at all. But either way, you keep "showing off".

Today I want to share a post from Brian on how big Facebook's reach is - bigger than the population of Europe, with Russia included. And only second behind China in the number of Internet users. It's huge.

The relevance to business, Brian sums it up by saying, "In the face, pun intended, of an important migration from that of a destination web to that of a social egosystem, businesses must rethink their web strategy. No longer is having a centralized www presence enough to satisfy the needs of online consumers. I’ve long maintained that businesses must augment their traditional web site with that of a social home page as well as a mobile experience. Catering to attention where it is focused is the only way to earn relevance in a new era of social consumerism. In doing so, businesses must also adopt a new mindset that doesn’t simply market to consumers the same old way just in new networks, but instead fosters meaningful engagement and connections by providing value…as defined by the very consumers you’re trying to reach."

As Adam Kmiec, head of Walgreens social media said in a post in 2009, "The rise of social media has simply given everybody the ability to stroke their own ego in public. And let’s be honest, it’s no fun stroking your ego in the comforts of your own home and without an audience."

Brian goes on to say, "This is your time to not only earn Likes, but also make them count now and in the long term."

WOW! It really is all about being popular!  If you want to learn some more tricks of the trade.  Download these 5 tips on using social media for business.