Engaging the public and rallying excitement for a product or brand lies at what the core of what public relations professionals do. The events leading up to the release of 1989 embodies this buzz perfectly.

Swift built a flood of excitement for her new album in a multitude of ways. First, she leaked clues about her songs on social media. Then, she treated lucky fans to a private concert in her homes across the U.S. But, she made them promise to keep the album a secret. And they all did! Those are LOYAL fans.

Garden brands looking to generate buzz like Taylor Swift for their products need to plan ahead. Long lead times allow both the firm and the client to outline every aspect of the campaign, including end goals.

Determine who your target audience is. Decide if the launch will center around a holiday. Ask, what are our immediate goals?

Questions like this should be answered before any campaign launch or unveiling.

Relate to your Audience

Successful brands across all industries demonstrate their growth through their bodies of work. Taylor Swift is no stranger to this concept.

She’s grown considerably since her first country-equse album was released in 2006. While she saw tremendous success as a “country” artist, a variety of her non-country fans who once sang along to all of her original songs (guilty) probably wouldn’t have followed her to 2014.

Fans also flock to her on social media because she’s undeniably “one of us.” Within seconds of following her on any account, it becomes clear that anyone who is a fan cats on the internet (also guilty) and watching movies would have something to talk to the pop star about if they ran into her on the street.

Consumers crave reliability, and change due to growth. They also want to feel like they relate to brands on a personal level. Garden brands that make an effort to interact with fans on social media and solve customer complains quickly will gain a larger, loyal customer base. Swift not-so-privately split from Spotify in 2014, citing conflicts with royalties.

While inconvenient for fans who are avid Spotify users, Swift’s breakup with the music streaming service demonstrates a valuable PR lesson - don’t settle.

Brands spend a significant amount of time researching before they hire a firm to help promote their products.

Additionally, PR firms work to exceed all expectations and carefully build their client portfolio based on what the company hopes to achieve in regards to its overall brand and reputation.

If either side fails to rise to the occasion, campaigns won’t gain much traction with the public. 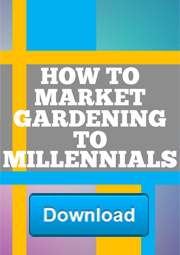