Headed to the IGC Show or FarWest and want to increase your lawn and garden trade show investment? With just a few bits of strategic garden marketing and public relations, you can introduce new plants or garden products to current and potential customers and get some media to build your brands reputation. 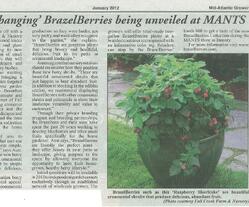 Why PR you ask?  Think of garden PR as your "silent salesman" working the crowd from the pages of the garden media websites and magazines, increasing your brand recognition and, in turn, increasing traffic at the show and sales after the fact.

Be sure to read Part 1 of this post on "7 Inside PR Secrets to Generate Leads & Sales at Garden Trade Shows". So now let's look at an action plan to make your garden marketing efforts a little more complete.

1. Press Release Distribution: 1 month  One month in advance, publicize your participation in the trade show.  Issue a media advisory and start sending preview releases. Contact key reporters to begin setting up interviews for the show.

3. Press Release Distribution: During Show Send your official release w/photos and multimedia to all media attending the show. You can get the list from the show organizers.  Conduct interviews at the show and make sure you follow up with any request. Send them to your online press room for more information.  Take photos and video during the show and post on Facebook, Twitter and LinkedIn. 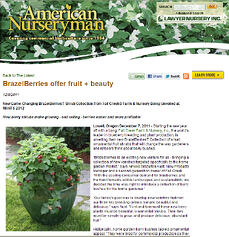 4. Press Release Distribution: Post Show After you are packed up and back in the office, issue a success press release on how well the new plant or garden product was received at the show. If you received any awards or recognition, be sure to release that with pictures. Make sure that your online press kit is up to date with new photos.  Follow up with media requests and post coverage on website and social media sites

Bonus Tip: I’m only an Attendee! So you don’t have a booth. Take a photo with someone “famous” and send it out to your customers and local media showing you were at this “big” event. Post pictures of new plants and products you saw on your social media sites and Tweet during the show.  You’ll get the attention just like the big boys.

For more insider secrets on how to generate more traffic and leads at garden trade shows, download the free e-book.