The Father of Spin or... The Birth of Public Relations

Today, few people outside the public relations (or inside for that matter) profession recognize the name of Edward L. Bernays, although he was named one of the 100 most influential Americans of the 20th century by Life magazine. 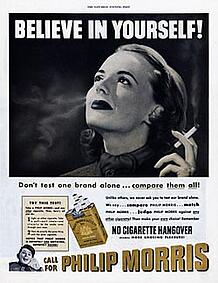 Public Relations is a 20th century phenomenon, and Bernays -- widely eulogized as the "father of public relations" -- played a major role in defining the industry's philosophy and methods.

Bernays convinced industries that it was the news, and not advertising, that would carry their message to the public. He took his Uncle Freud's (yes, that Freud) complex ideas on people's unconscious, psychological motivations and applied them to the new field of public relations. He also refined and popularized the use of the press release.

In perhaps his most famous campaign, Bernays encouraged the American Tobacco Company to play on women’s nascent sense of modern independence.

In the 1920s he sent a group of young models to march in the New York City parade. He then told the press that a group of women's rights marchers would light "Torches of Freedom". On his signal, the models lit Lucky Strike cigarettes in front of the eager photographers. The New York Times (April 1929) printed: "Group of Girls Puff at Cigarettes as a Gesture of 'Freedom'". This helped to break the taboo against women smoking in public. 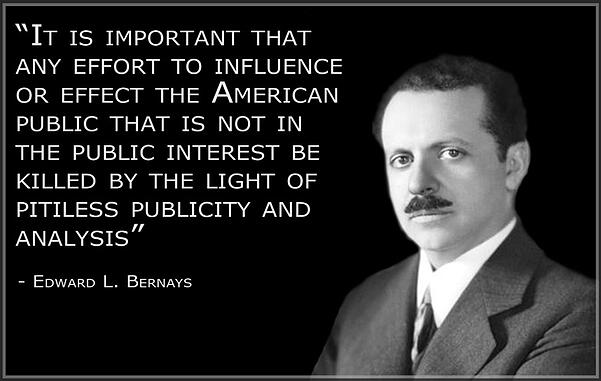 One of Bernays' favorite techniques for garnering public opinion was the indirect use of "third party authorities" to plead his clients' causes.

"If you can influence the leaders, either with or without their conscious cooperation, you automatically influence the group which they sway", he said. In order to promote sales of bacon, for example, he conducted a survey of physicians and reported their recommendation that people eat heavy breakfasts. He sent the results of the survey to 5,000 physicians, along with publicity touting bacon and eggs as a heavy breakfast.

Sales went through the roof.

PR is not about deception.  It is about building your brand's reputation and getting your message to the right folks.  We can help with that.